Reshaping the Future of Engineering 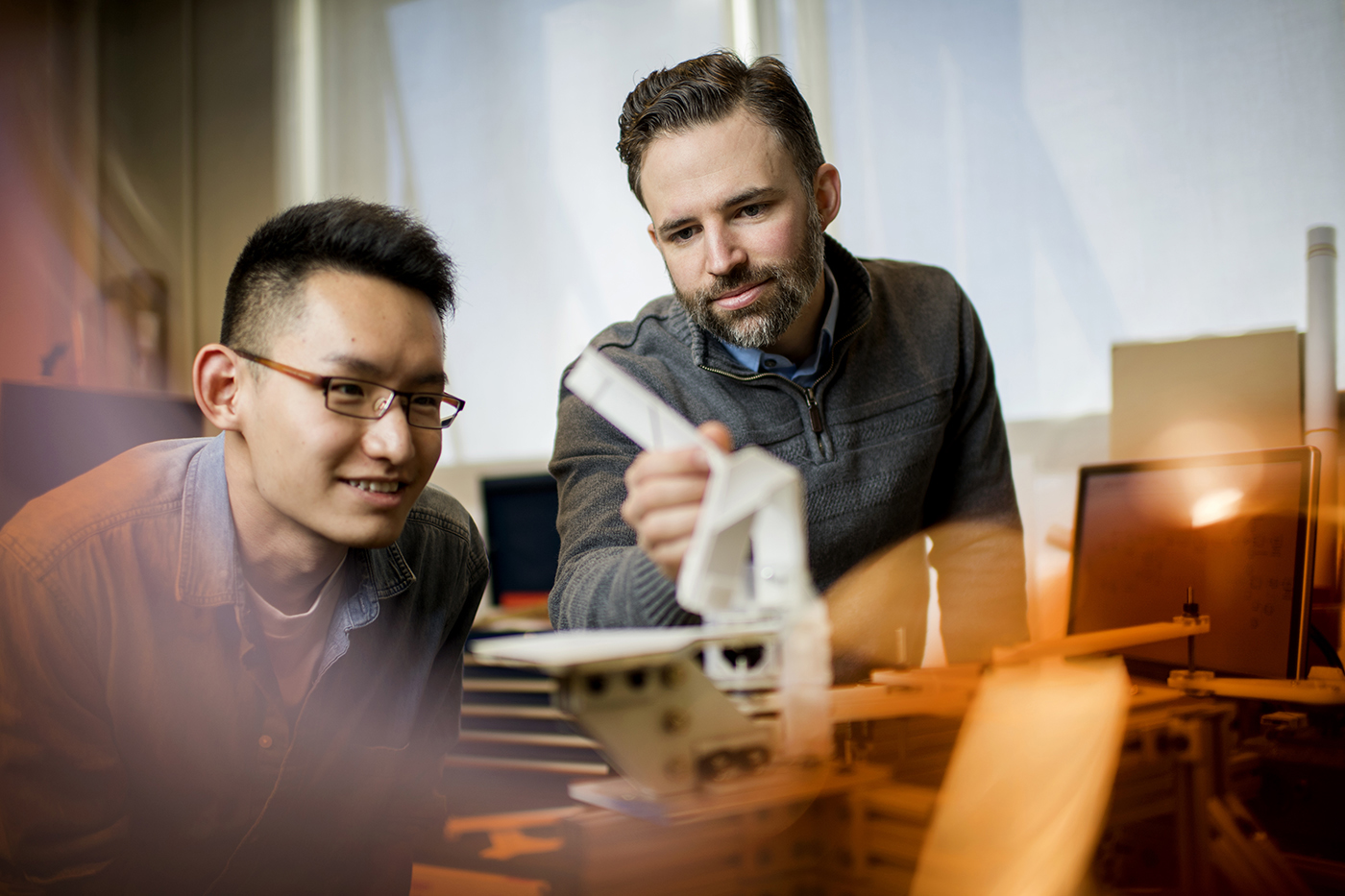 MIE Assistant Professor Samuel Felton is using the principles of origami to quickly reshape engineering items such as antennae arrays to maximize their scanning areas.

Folding a paper crane is a slow, methodical process. So is unfolding an array of solar panels in space.

But for other transformations, speed is more important. In a paper published in Physical Review Letters in December, researchers at Northeastern showed that it’s possible to change the shape of an origami-inspired structure in less than one second.

“Not only can we move between different configurations very quickly—less than a second—but it’s very reliable,” said Samuel Felton, an assistant professor of mechanical and industrial engineering.

The structure, designed by Felton and Chang Liu, a graduate student in engineering, looks deceptively simple. It’s made of twelve pieces of plastic fitted together in a y-shape with hinges between them. But depending on the direction each hinge flexes, it can make 17 different shapes.

The researchers found that they could essentially shake the structure into different shapes using a single motor to rapidly open and close the hinge at the bottom of the y-shape. The resulting configuration is determined by how far the hinge opens before returning to its original position.

Typically, origami-inspired engineering requires precise control of each hinge to move perfectly stiff panels into place in the right order. But Felton and Liu are using panels that are slightly flexible. With a bit of momentum, each hinge can pop back and forth between its two positions, like the slap bracelets that became a popular fad in the 1990s.

“It’s fast and repeatable, which is rare for origami transformation,” Felton said.

The researchers said that their structure could be used to inform new origami-based designs in several areas of engineering. Felton is particularly interested in building arrays of antennae that can be rapidly reconfigured to more effectively scan large areas.

Antenna arrays are made up of multiple antennas that work together to detect signals and pinpoint the direction they’re coming from. But when stationary, arrays are best at picking up signals from a particular direction. To gather more information, they have to move.

“This same origami-inspired pattern, if we make it conductive, acts like an antenna,” Felton said. “We could connect multiple antennas  to the same mechanism. Then, instead of just actuating one of them, we can actuate a whole array of them. You could change them all just a little bit.”

It might be faster to reorient an array of antennas by shaking them into a new shape than by using other currently available methods, Felton said. And because many antennas could be adjusted with a single motor, the arrays could be miniaturized for use on drones and other technology where space and weight become a factor.

Felton and Liu are also looking for opportunities to apply their work to robotics.

“With origami, theoretically you can fold anything,” Felton said.