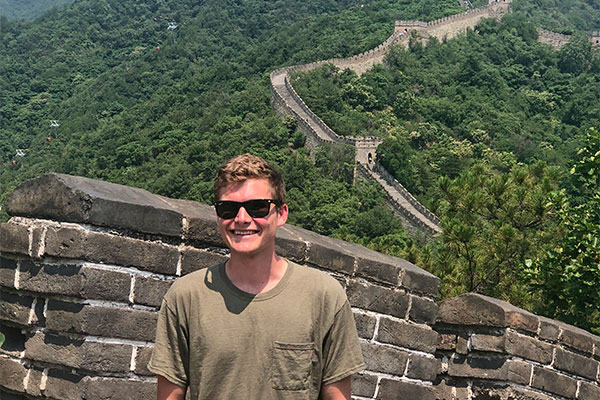 Get Involved and Takeoff!

His involvement with the Galante Engineering Business Program goes back to when he first heard Professor Jaeger-Helton talk about the program at an IISE event he attended his second year. He was very interested in the program and met with Professor Jaeger-Helton to learn more. Drawn to the leadership development and networking opportunities that Galante had to offer, Switek applied to the Galante Program after being accepted into Northeastern’s BS/MS program and has been a proud member of Galante ever since.

One of his favorite events as a Galante Fellow was an event that he led with Kyle Riggs and turned out to be the last in-person dinner before everything went virtual in 2020. It was the “Breaking Down Barriers to Creative Solutions” event with Dr. Khosrowjerdi from Western New England University. Switek has fond memories of planning and hosting the event as well as enjoying the company of Galante Fellows in person. 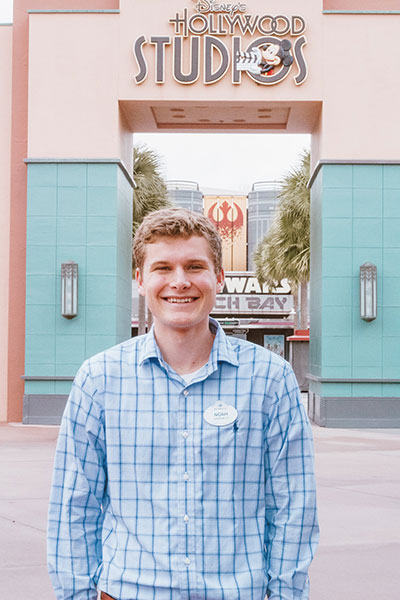 Switek has had the chance to apply the skills he’s learned from classes and various Galante events at each of his three co-ops that he has completed during his time at Northeastern. His first co-op was at Wayfair in a B2B Program Management role. There, he worked closely with the sales floor to develop tools and dashboards to facilitate data-driven decision-making. The next year, he worked at Walt Disney World as an Industrial Engineering Intern. In this role, Switek provided analytical and consulting support for the resort, sales, and transportation operations. His final co-op was at Takeoff Technologies, an online grocery startup that partners with existing supermarkets to automate their order picking processes using micro-fulfillment centers. His role there was Performance Management Co-op which involved labor-management planning, process standardization, inventory forecasting and replenishment, financial analysis. With so much experience, Switek is a great fit for his current role as a Career Peer for the MIE co-op department in which he works with undergraduate and graduate students looking for co-ops. In this role, he provides feedback on resumes, portfolios, and interviewing skills and shares his co-op experience.

In addition to his co-op experience while at Northeastern, Switek has been involved in various Northeastern clubs and leadership roles. Before the pandemic, he was a volunteer site leader for the Roxbury Robotics club at Northeastern. His role was to lead a team of college mentors introducing engineering and problem-solving to youth in the Boston area. The team accomplished this through a semester-long project of coding and building LEGO Sumo robots, culminating in a multi-site showcase competition. Switek is also on Northeastern’s Club Water Polo team for which he served as Treasurer from 2017 to 2019. Prior to the pandemic, the team would compete in tournaments across New England.

Switek has also participated in Northeastern’s Dialogue of Civilizations Program on a trip to Taiwan and China over the summer of 2019. This trip was focused on “Systems Thinking for Advanced Delivery Systems in Chinese Environment”.  During the trip, he and his peers studied healthcare, transportation, and technology systems and completed immersive cultural experiences.

Now, as part of his capstone project, Switek is on a team partnering with Daniel’s Table, an organization that aims to create food security in the Framingham community. They are working to improve their inventory management processes, forecast needs within the community, and model the cost of their distributions.

After graduation, Switek will be joining Takeoff, where he worked for his third co-op, in a performance analyst position!