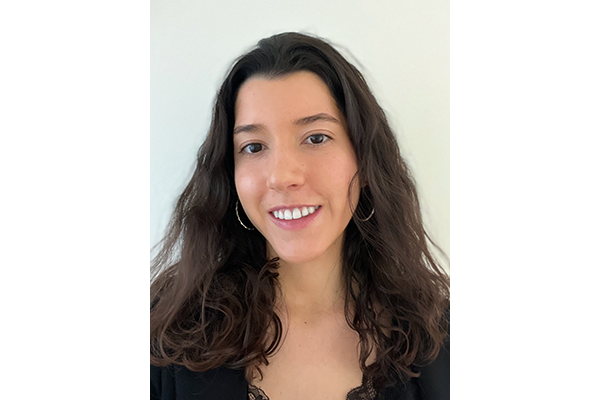 Isabella Cardona Barber is a fourth-year student at Northeastern University graduating in May 2022 with a BS in Chemical Engineering and an MS in Engineering Management.

She joined Galante in November 2020 after learning about the program at an AIChE club meeting in her first year of studies at Northeastern, where an active Galante fellow presented about the program and Isabella was quickly drawn to the fusion of engineering and business. She was always interested in complementing her technical education with business acumen, and she was thrilled to learn that she could do so while still in school. Isabella’s favorite event with Galante was the Spring 2022 Banquet, at which she connected and networked with many other fellows and alumni for the first time since socially distant semesters. During this event, Isabella was inspired by the many positive experiences which helped develop the professional careers of her Galante colleagues.

While on campus, Cardona Barber has participated in many different activities in the Northeastern community. At Generate – Northeastern’s hub for entrepreneurial engineering – she is the Data & Strategy Lead where she leads a team of four data analysts to publish data-centered business intelligence. She has also taken a role as a biotechnology and healthcare consultant for Huntington Angel’s Network (HAN), Northeastern’s VC community, where she coordinates technical VC pitches for promising biopharma applications and drafts investment memos for the associates and investors at HAN. Additionally, she has served as Senior Consultant and Project Lead for Northeastern Consulting Group (NCG). Here, she worked on a project for a client with a gluten free shop in Cambridge. Isabella is also an active member of Phi Sigma Rho, a sorority for women in engineering/engineering technologies in which she has helped increase emphasis on diversity and inclusion initiatives.

As part of her professional experiences, Cardona Barber has completed two successful co-ops. For her first co-op she worked at Solid Biosciences, a small life-science company focused on developing transformative treatments to improve the lives of patients living with Duchenne muscular dystrophy (DMD). During her time there she was in the Process Development team, working on key purification steps to address FDA concerns that were halting clinical trials of their lead candidate. At Takeda – one of the largest pharmaceutical companies in the world – she completed her second co-op, joining their process development team. Different from her first co-op experience, at Takeda she was responsible for developing a simulation model and validating it in a way that would predict and mitigate inconsistencies generally attributed to the scale-up of their drug processes from lab scale to manufacturing scale.

Within Galante Cardona Barber has held both Mentorship and Professional Development Coordinator roles. After learning from Galante alumni about deferred MBA opportunities supported by the Galante Program, she championed the Professional Development Coordinator role as the creator of the all-new position. In this role she wanted to introduce deferred MBA and professional opportunities to other fellows. Some of her initiatives include an organized speaker series with deferred MBA accepted Galante alumni, as well as the procurement of additional funding for standardized test preparation and an established partnership with NCG providing fast-track access to real life consulting experiences for Galante fellows.

After graduation Cardona Barber will join the Process Development team at Be Biopharma, a startup leading the way to a transformative new class of highly durable, off-the-shelf, re-dosable medicines: Engineered B Cell Medicines (BeCMs). These medicines are uniquely suited for severe diseases like cancer, autoimmune conditions, and enzyme deficiency. As a process engineer, she will be working directly with Be Biopharma’s B Cell manufacturing process to scale the company to realize substantial value in a short period of time. This role presents an opportunity to shape previously impossible treatment options for many patients. As someone battling an autoimmune disease herself, she is very excited to be taking a part in this field.

As a fun fact about herself, Cardona Barber shared that although she was born in Spain, she grew up traveling around Southeast Asia and attended more than ten different schools. As a result, Isabella speaks French and Spanish fluently, and can converse at a conversational level in Mandarin. During her free time, she loves to explore Boston and take long walks along the Charles. Isabella encourages incoming and prospective Galante fellows to try different experiences, the very practice of which exposed her to consulting and data analytics opportunities as a chemical engineer. The skills she learned from multiple involvements such as NCG, HAN, and Generate have been invaluable in shaping her personal interests and professional prospects, and she therefor encourages students to take risks!