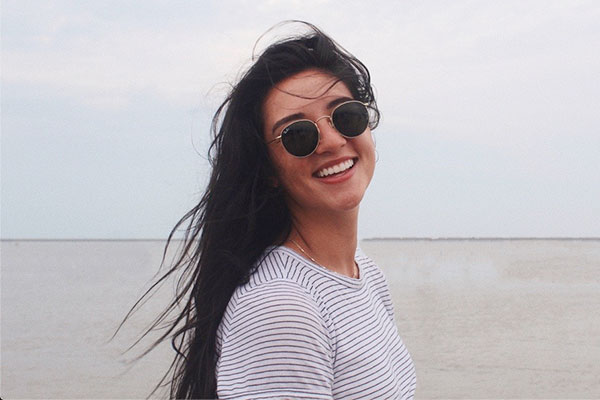 Creating and Carrying Out Experiences

Elise O’Reilly is a fifth-year student at Northeastern and will graduate this May with a bachelor’s in industrial engineering and master’s in engineering management.

When O’Reilly first started at Northeastern, she was a civil engineering major. She switched to industrial engineering after looking into the Galante Engineering Business Program and the classes available. Engineering management and industrial engineering felt like a better fit for Elise than the civil engineering courses she had been taking. Since joining the Galante program, O’Reilly has been very involved. One of her favorite parts of the program was coordinating the mentor program and checking in with everyone’s relationships as well as fostering her own with her mentee. As O’Reilly said, “It’s wonderful to see the success of others – especially such awesome like-minded people!” Additionally, she has enjoyed sitting on Institute of Industrial and Systems Engineers panels, talking with prospective students, and attending interactive workshops and seminars such as that with PricewaterhouseCoopers.

In addition to being a Galante fellow, O’Reilly has been involved in graduate outreach, Kappa Delta, and the Order of Omega. She has also participated in two Dialogue of Civilizations programs and an Alternative Spring Break (ASB). On her ASB trip, she went with a group of students to Israel to volunteer on Israeli Defense Force base camps. Israel is just one of the twenty-two countries that she has been to so far. She also enjoys the outdoors – surfing, hiking, skiing, and more!

Being so involved requires a lot of school/work-life balance. O’Reilly says that “I try to say yes to as much as I can – living is all about creating and carrying out experiences.” Each activity has helped her meet friends and colleagues that she’ll be in contact with for life. She loves Northeastern and all it has to offer. Additionally, O’Reilly believes that Boston is the perfect city – a mixture of bustling northeast city and laid-back beach/mountain town. She feels that she has access to anyone, anyplace, and anything after spending the last 5 years here.

Some of those connections come from each of her three co-ops. She first held the role of Management Engineer at Beth Israel Deaconess Medical Center. For her second co-op, O’Reilly worked at Boston Consulting Group (BCG) as a Strategic Finance Analyst. There she drove the collection of appeals for cases and developed a Monthly Management Report (MMR) and financial scorecards. Lastly, she started her third co-op at Mapbox in product strategy where she continued to work part-time during this spring semester.

After graduating this May, O’Reilly will begin full-time at Mapbox as a Strategy Analyst in Boston.