Ready for the High Demand Field of Data Analytics 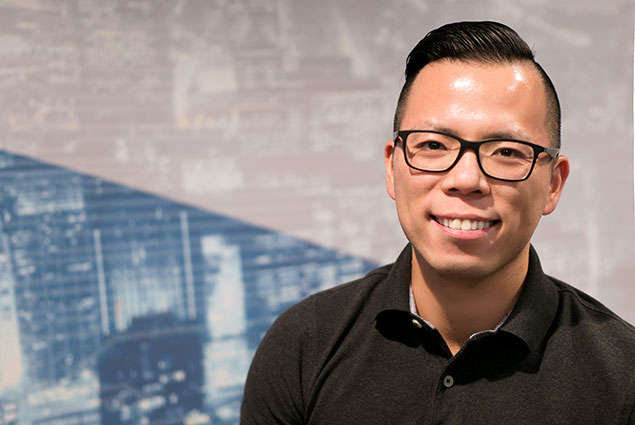 “The study plan of this program is unbelievably flexible,” he said. “I have gained a lot of critical skills like programming, data mining, data visualization, and more.”

Lu is originally from Shanghai, China. He already had experience working in the engineering industry before he first moved to the U.S. to study bioengineering. It was not enough for him, as he realized that well-trained data analytics professionals are in high demand nowadays, and he wanted do something that would combine both fields.

“It is kind of data blooming time,” Lu mentioned.

He has been involved in multiple projects that heavily expanded his knowledge on data analytics. One of them was a part of data visualization course taught by Professor Sagar Kamarthi, mechanical and industrial engineering. For his project, Lu chose to analyze airlines’ performances by using data mining and machine learning techniques. Lu really enjoyed the project and could implement the skills he gained at his current co-op.

He is still working on one of his projects from the database course taught by Professor Chaiyaporn Mutsalklisana. Lu has been developing a personal nutrition consulting system that would create meal plans for people, who want to stay fit and healthy. Those projects have given him a lot of experience, helping him to succeed on his co-op.

“Such skills are not only textbook-based, but work-based,” he said.

“The skills I need at my position, I already had them when I got hired,” Lu mentioned.

Once he started working for the company, his manager gave him his first project and tested him on his understanding of the process. With his extensive data analytics knowledge gained in the classroom, Lu could easily prove to him that he was capable of working independently and solving problems himself.

Lu is having an amazing experience on his co-op. He is excited to graduate and a find a job, where he could use his bioengineering background and data analytics engineering skills. He mentioned that all the courses he has taken, the projects he was part of, and of course, his co-op experience have helped him to apply his knowledge in the real world.

“I am quite confident. After graduation, I can get a job that I want,” he said.