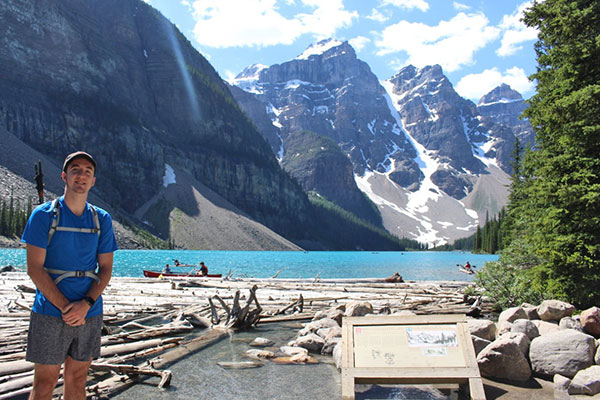 Connor Rodriguez is a fifth-year Galante fellow graduating in May 2021 with his BS in industrial engineering, and his MS in engineering management. He has been a Galante Fellow since he was accepted into the program in January 2019. Initially, Rodriguez was a civil engineering major but switched to industrial engineering after learning how interesting the classes are and realizing how much he personally related to the major. After attending a Galante event his freshman year and meeting Dr. Jaeger, he knew he wanted to apply to be a fellow one day and attended as many events as possible afterward.

One of the highlights of Rodriguez’s experience at Northeastern was spending his first semester at Northeastern in Greece as a part of the NUin program. He has also taken on multiple other leadership roles. Freshman year, Rodriguez was a founding member of the Formula Society of Automotive Engineers (FSAE) team and helped pave the way for what is now the Northeastern Electric Racing team. During his sophomore year, he was a Thrive ambassador; it was in this role that Rodriguez realized his interest in business. In his free time, he enjoys spending time outdoors and has recently picked up mountain biking. He loves working on cars with his friends and his goal this spring is to start competing in amateur races. Rodriguez has now been focused on his senior capstone project, under the leadership of Dr. Jaeger. His team is working to help optimize any operational efficiencies in the Cabot Life Sciences Testing Center as well as the Burlington testing facility. 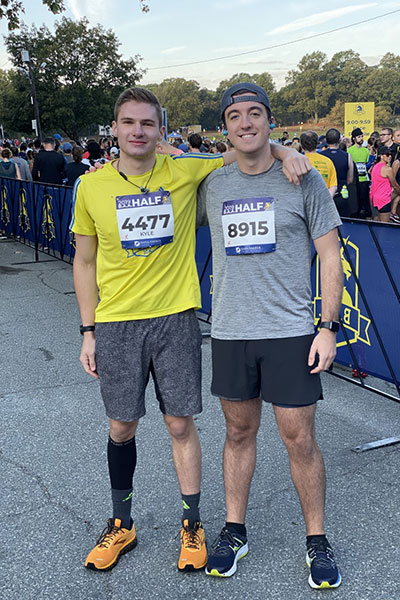 During his time at Northeastern, Rodriguez has completed co-ops at Eversource Energy, RSM, and LEK Consulting. At Eversource Energy, he worked as an engineer in a role that involved project management and data analysis. He worked on a project to optimize new gas main routes in Massachusetts, using the shortest path and cost optimization strategies learned in Industrial Engineering classes. Rodriguez then worked as a technology consultant at RSM. In this role, he quickly learned how to manage IT systems while supporting clients. He also went to client sites to assist with on-site issues and infrastructure deployments. His third co-op was at LEK Consulting where he worked as a Case Team assistant. His goal there was to gain exposure in management consulting. He did and was even able to lead a large-scale interview campaign by himself in addition to presenting his discoveries to clients with the team.

Rodriguez is currently looking for full-time positions and is interested in working in Sales Engineering roles where he could use his engineering knowledge to support sales teams. He plans to pursue an MBA and hopes to work in the automotive industry one day. He is thankful to have had the opportunity to be a part of the Galante program. As part of Galante, he has learned a lot about himself in being surrounded by such driven and successful people. His advice to underclassmen is to reflect more. “It is easy to get caught up in the fast-paced academic and career-focused environment at Northeastern, and everyone should give themselves credit where credit is due. Most importantly, don’t forget to work hard and play harder.”